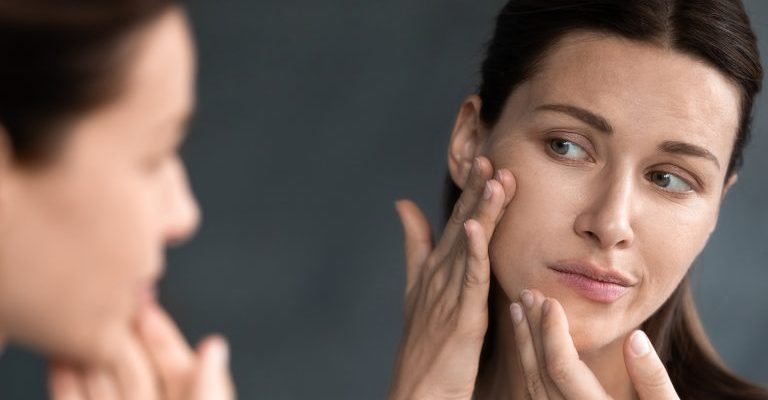 Body Dysmorphic Disorder (BDD) is classified as a mental disorder that involves possessing a severely distorted or broken body image (often with an obsessive focus on one or more body parts, such as the face, nose or body shape). It is often dismissed as a vanity-driven obsession, but this misguided assumption couldn’t be farther from the truth: People with BDD typically consider themselves to be unspeakably ugly or deformed, despite the fact they are generally regarded to be of regular appearance by others.

For sufferers of BDD, the simple act of glancing in the bathroom mirror every morning can be taken as upsetting, a necessary evil, and painful all at once. Upsetting, because the image they see staring back at them is, to them if no one else, ugly or deformed in some way. A necessary evil, because they feel the compulsion to make sure they look ‘adequate’ in the reflection, which for a sufferer of BDD often includes a set of standards that must be met regarding their appearance before they can even leave the bathroom – let alone the house – in the morning. Painful, because what is seen in the mirror is sometimes determined by the sufferer to be so far below ‘good enough’ that they decide they can’t go out in public today – or on any other day, if they can help it. 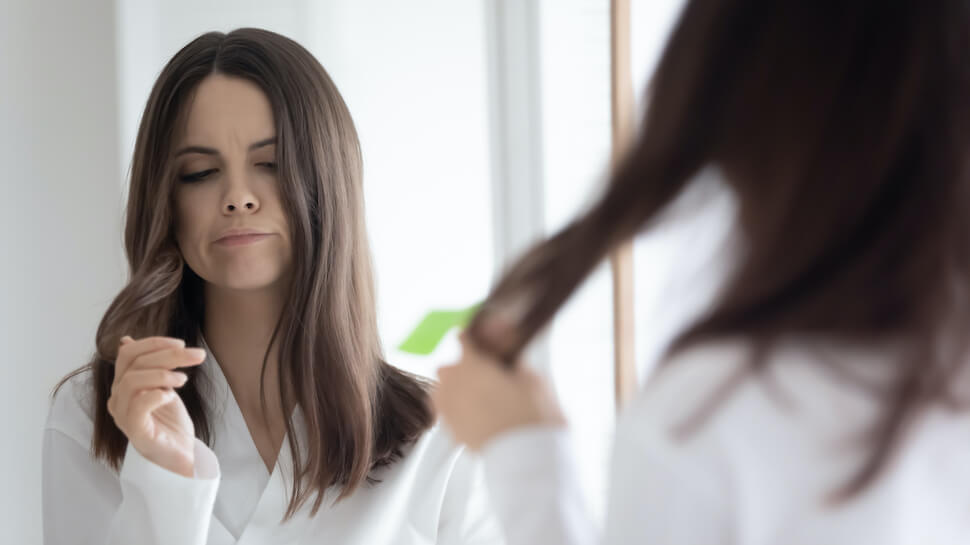 The Conflict of Mirrors

A mirror’s answer can make or break the self-esteem of too many sufferers. For some with BDD, it can take hours to get their face and body to a point where they feel their appearance is suitable for even starting the day. An obsessive need to see their appearance in a mirror (or to remain close to some type of a mirror to be able to do so) is also a predominant trait linked to the disorder, causing many sufferers spend several collective hours in front of a mirror on a daily basis.

The frequent practice of looking at mirrors is often described by sufferers as the manifestation of a sudden urge to check up on how they look or to judge how ugly they appear at a particular moment. This is too often combined with a contradictory, frequently overwhelming sensation of distress upon seeing their own reflection – even as the sufferer still insists on viewing mirrors repeatedly throughout the average day. Interestingly, claiming that their reflection has ‘changed’ and has made their appearance look ‘different’ or ‘ugly’ in a mirror they had previously viewed is reported by a high percentage of diagnosed patients with BDD. Experiencing a feeling of panic triggered by something they see in a reflection of themselves is another commonly noted trait, and can occur as randomly as taking out a compact to check up on their makeup or glancing into a large window pane.

Social impact caused by BDD is considerable. Some measure of withdrawal from social situations is exhibited by an overwhelming majority of sufferers, shared by those with mild as well as those with more severe forms of the disorder. Many sufferers come to regard interaction with others as almost physically painful and retreat from doing so to the best they can manage. And BDD is linked to sharing elements of social anxiety for good reason – experiencing sudden episodes of spiking distress and shame about their perceived appearance (both when alone and in the presence of others) is symptomatic to a significant percentage of those with the disorder. This can also otherwise manifest as a frequently present and intense feeling of forced isolation and inwardly directed resentment.

The development of obsessive compulsions and convictions directed towards their appearance is also strongly characteristic of Body Dysmorphic Disorder. Displaying consistent shame and anger about their appearance, repeatedly questioning others about how they look (or a specific feature that concerns them), and avoidance of eye contact or keeping themselves from directly looking at others during social interaction (this usually appears as a simple habit, and is often overlooked as a possible symptom of something more serious) are all secondary ways BDD can manifest in more visible behavior.

Thoughts and convictions about their appearance can also become obsessive, and can develop into something akin to mental torture that is present during most (if not all) social situations they engage in, usually accompanied by strong feelings of anxiety that grow much worse when in crowds. It can take all the self-control a sufferer has to hide the mental rush of a panic attack in a public place. These destructive thoughts can invade the mind of someone with BDD during daily activities, making it an ordeal to even venture into a supermarket. Because of this, and sometimes to avoid the sheer exhaustion the mental wars BDD can inflict upon the sufferer in a social setting, many come to dread even taking the dog for a walk or going to a convenience store for fear of being ridiculed.

Body Dysmorphic Disorder can be silent in presentation, and many sufferers are prone to hide their doubts and shame from loved ones for fear of being misunderstood or worse, laughed at. By extension, difficulty interacting with peers limits friendships and interaction with other people. Relationships can be difficult to maintain for someone with BDD, and a gap in communication may develop between a sufferer and their significant other because of the mental and social havoc the disorder can cause: the partner doesn’t understand what’s distancing their loved one from them, and perhaps the sufferer is unwilling to attempt to explain it or has already done so with discouraging results.

Hidden Pain: Long-Term Shame and Crippled Self-Worth in the Individual With BDD

BDD is difficult to detect because a sufferer will often keep the problem locked away from family and friends due to feelings of shame or a fear of being humiliated and wrongly labeled as vain. They will often consider themselves unworthy of telling anyone, and display secretive tendencies regarding the behavioral changes and mental exhaustion BDD can bring about, sometimes keeping their pain a private matter for years. Men with the disorder in particular are more likely to keep the realities of their affliction an unspoken problem. Because of this, a large percentage of sufferers go undiagnosed for years and never seek counseling or any other means of help.

Body Dysmorphic Disorder is a very lonely affliction, and depression consistently goes hand in hand with a gradual and persistent loss of self-worth. Attempts to sever themselves from as much social contact as possible outside of their own home are also frequent in people with the disorder, with the sufferer sometimes deciding to minimize contact with established friends and family without warning. Tragically, many of those with BDD can be and are aware of the drastic nature of some actions they may consider taking (such as isolating themselves from friendships and relationships, or the chance of creating new ones), but fall into the belief that going through with their decision is what’s left for them, while others have instead simply have stopped caring. The completed suicide rate for BDD patients – both the diagnosed and undiagnosed – is also markedly high. “In a study of 200 adults with body dysmorphic disorder (BDD), patients had high rates of lifetime suicidal ideation (78.0%) and suicide attempts (27.5%). Body dysmorphic disorder was the primary reason for suicidal ideation in 70.5% of those with a history of ideation and nearly half of subjects with a past attempt. Suicidal subjects often did not reveal their BDD symptoms to their clinician.” (Katherine A. Phillips et al, J Clin Psychiatry).

Support For Those With BDD

Support is crucial for sufferers with the disorder, largely in part because of how isolating it can become. Some find the isolation when surrounded by people and just learn to bear it, while others find it by making themselves to be physically alone the majority of the time, perhaps locked away in their own home. If you believe your teenager, friend or family member has extremely low self-esteem and is showing signs of traits common to BDD, don’t hesitate to do something about it or initiate an open and nonjudgmental discussion with them. A severely distorted body image isn’t something you should wait on – BDD can and will affect the quality of someone’s life if left alone, and for the majority of those afflicted, it won’t just go away on its own. In fact, “BDD tends to be chronic; current information suggests that symptoms do not subside, but rather worsen through time. Indeed in most patients, the symptoms and concerns diversify and social contacts may further deteriorate.” (Wikipedia). Symptoms of BDD can also be connected to or worsened by other present disorders and conditions, such as social phobia, gender identity disorder (GID), sexual identity disorder, or major depression. An excellent resource website dedicated to all things BDD is http://www.bddcentral.com, which offers confidential online support and additional information for sufferers with the disorder.

Infidelities in International Politics: The New Acceptability of Unacceptable Acts