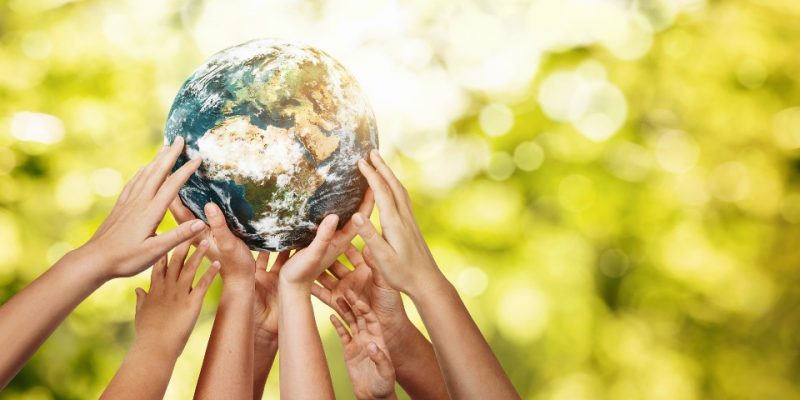 One of the most pressing social issues of the 21st century, both in the United States and abroad, will be human population growth and its effect on global climate change. In 1995, the Intergovernmental Panel on Climate Change (IPCC) concluded that the observed increase in global average temperature over the last century “is unlikely to be entirely natural in origin” and that “the balance of evidence suggests that there is a discernible human influence on global climate.” Much of the IPCC’s research has been inspired by the dramatic increase in human population over the past 50 years. When there were few people, the dominant factors controlling the ecosystem were natural ones, but now that the human population has grown so large, there is concern that humans are becoming a significant influence on ecosystem dynamics. Because of the quadrupling of human population and more than tripling per capita carbon dioxide emissions in the 20th century, the human species now has a more significant impact on the earth’s climate than ever before. In the following discussion I will address human behaviors and lifestyles contributing to global warming, disparities between developed and developing countries, population and climate change policies, the effect of global climate change on humans, and finally, what can be done to help the situation.

The human population is currently larger than ever before, and it continues to grow. Because of the increasing human presence on earth, human behavior and lifestyle will be a major factor driving the extent of global warming. In the industrialized world, energy use contributes more to global warming than any other human activity. This is because most of the energy comes from carbon-based fossil fuels like coal, oil, and natural gas. Transportation (the movement of people and goods) accounts for about one-third of the developed world’s CO2 emissions. Transportation’s carbon emissions result from a combination of three factors: number of miles traveled, amount of fuel used, and the amount of CO2 released when a particular fuel is consumed.

Currently, per capita energy and resource consumption is increasing much faster than population. People must consider the sustainability of their lifestyles. Do we need so many cars? The United States currently leads the world in per capita car ownership at 1.7 persons per car. Do we need to burn fossil fuels to transport goods and people, manufacture products, heat and cool buildings, light spaces, and cook food? Can we practice moderation? Can we compromise with alternative energy sources? 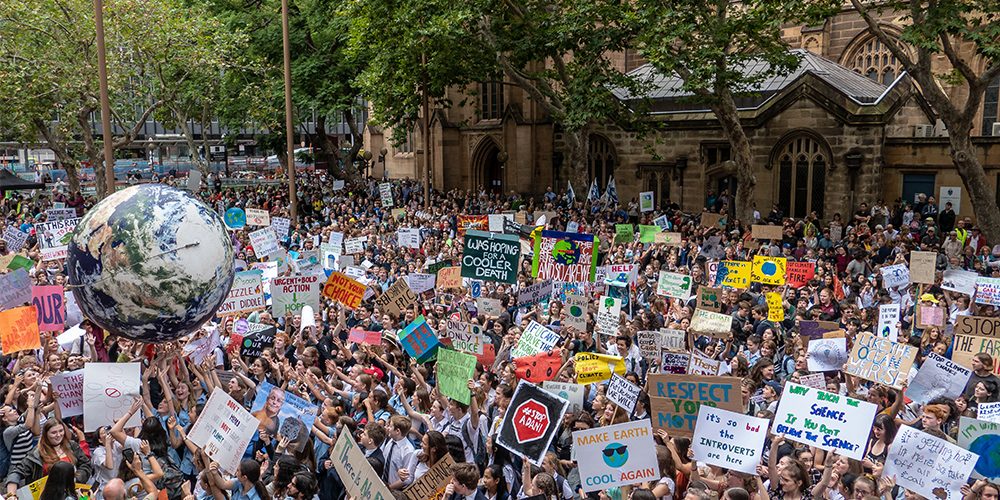 Human behavior’s effect on global climate extends beyond energy consumption and the burning of fossil fuels. Over the past 50 years, nearly half the world’s original forest cover has been lost. Each year another 16 million hectares of virgin forest are cut, bulldozed, or burned. The average person probably does not realize that forest cover regulates climate by absorbing carbon dioxide and producing oxygen. Destruction of forests, therefore, contributes to global warming. Living trees soak up and store carbon dioxide from the atmosphere, whereas trees that are cut down and burned release carbon into the atmosphere. Human activities resulting in deforestation include logging, farming, ranching, use as fuel wood and lumber, mining, building of dams, and urban expansion. Can we manage and harvest forests in a more sustainable manner?

Although population and climate change are global issues, there are huge disparities in per capita emissions by country. Developed, industrialized countries contribute far more to global warming than developing countries. In 1995, the 20 percent of the world’s population living in countries with the highest per capita emissions contributed 63 percent of the world’s fossil fuel CO2 emissions. The 20 percent of the world at the opposite end of the spectrum contributed only two percent of global fossil fuel CO2. For example, the average person in the United States contributes five times as much carbon dioxide to the atmosphere as the average Mexican, and 19 times as much as the average Indian. In addition, inequality in distribution of wealth often means that a small percentage of the population of a country may be responsible for the majority of greenhouse gas emissions. There is currently much debate about whether developing countries will need to exploit resources and pollute in order to develop their economies.

In recent years, as scientists and policy makers have learned more about human population and its effect on climate change, there have been efforts to implement international policy to avoid future problems. In 1992, the United Nations Framework Convention on Climate Change was opened for signature at the Rio Earth Summit. It was signed and ratified by most low-lying island states and countries with extensive coastal area. Unfortunately, the Convention was not binding and did not set targets or deadlines.

The Kyoto Protocol was presented in 1997 and, if ratified, would require the 38 developed countries to reduce their national emissions of greenhouse gases by five percent from 1990 levels by the year 2012.

Due to objections by many nations and individuals, the Kyoto Protocol has not yet been ratified by all 38 developed nations. Some object to the fact that developing nations face no specific emissions limitations on the principle that industrialized nations have contributed the most to the problem and therefore have an obligation to take the first steps. There are also objections because population is not specifically addressed. The Kyoto Protocol is based on national caps that will not be adjusted for increases or decreases in population. The United States’ population is projected to rise 24 percent between 1990-2010. Since population increases result in more houses, cars, energy use, and consequently, emissions, countries with rising populations are at a comparative disadvantage under the Kyoto Protocol.

In order to be successful, future policy should address national population growth and decline as well as emissions in developing countries. Developing countries such as South Korea, South Africa, and especially China, produce per capita emissions that already exceed those of some developed countries. China, with its enormous population, is expected to surpass the United States in per capita emissions in the next few decades.

The general population is uninformed about global climate change, and many people are unaware of how global warming could effect the human population. There are many reasons for the “average” person to care about global climate change. The IPCC’s “best estimate” scenario projects a sea-level rise of about half a meter by the year 2100. The impacts of these rising oceans would be tremendous, including increased flooding, coastal erosion, salination of aquifers, and loss of coastal cropland and living space. A warming climate will also affect public health. Higher average temperatures mean more intense heat waves, corresponding to potential for more cases of severe heat stress. The geographic range of temperature-sensitive tropical diseases, such as malaria and dengue fever, would also expand. As temperatures warm, and episodes of droughts and floods become more frequent, the incidence of water-borne diseases and a resurgence and spread of infectious diseases carried by mosquitoes and other disease vectors would probably increase.

Based on my ethical values and knowledge of conservation biology, there are certain crucial steps the global community must take to curb the effect of a growing human population on the earth’s climate. Because environmental policy and law regarding climate and population are slow in developing, we must not rely solely on their guidance to determine our actions. We must make critical lifestyle choices; we must engage in sustainable behaviors.

The human population must be stabilized; that is, we must slow population growth. In many countries of sub-Saharan Africa, the Near East, and South Asia, human population continues growing at 2 percent a year or faster, and the average woman bears four to seven children. We should help people plan their families by funding family planning and information services.
Energy efficiency must be improved. We should work to develop new and renewable energy sources, encourage the design and use of low-energy buildings, eliminate government subsidies for fossil fuels, encourage energy efficiency programs in industry, invest in public transportation, and introduce “hypercars.”

Deforestation must be limited. We should strive for technological improvements in recycling and paper-making technology (i.e. decrease the amount of pulp needed to produce paper). We should encourage forest products certification (a way of identifying products that come from sustainable forestry) and provide incentive to developing countries to limit deforestation.

We must practice sustainable development, including wise public investment, effective natural resource management, cleaner agricultural and industrial technologies, and less pollution. We should limit CFCs, often used as coolants in appliances like refrigerators and product propellants in spray cans, because they remain in the atmosphere for extended periods of time and contribute to global warming.

Finally, we need better intergovernmental response and action on a large scale, and better urban planning on a smaller scale. Internationally, we must work to ratify something like the Kyoto Protocol. Locally, we must plan our cities better with the help of strong local governments supported by active citizen groups.

Improve The Quality Of Life With Health & Fitness