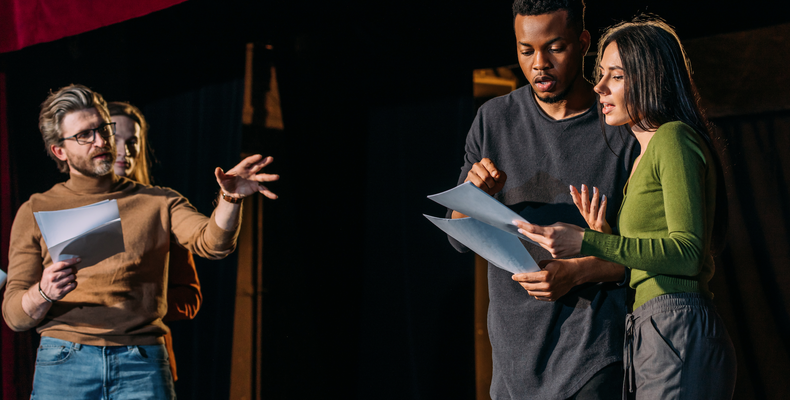 When I first started out as an actor at the tender age of 12, working in several theater productions, I was forced to face one of my biggest sources of fear – social anxiety. My level of social inhibitions were so strong, it almost derailed my entire career path as an actor. Thankfully, I decided to stick through the heart-racing, pulse-pounding, sweet-drenching ordeal of breaking through my social inhibitions, which allowed myself to truly understand what it means to be a performer free from fear, self-doubt and inhibitions.

Social inhibitions are a common ailment plaguing the majority of actors; however, the severity and type of social inhibitions can greatly vary from actor-to-actor. Your upbringing has a dramatic role in your social inhibitions. For example, actors who grew up in a strictly conservative household may find displaying acts of love (such as kissing) on stage or camera to be extremely difficult. The same can be true for those who were taught not to use foul language or suggestive body language.

It is important as an actor to stay true to your morals. You are responsible for the drawing the line between something you will and WILL NOT do; however, it is vital to remember that your actions on stage or in front of a camera are not you – it is the character. It is with this belief system, I’ve learned to draw a line between myself and my character.

Believing in Your Character

One of the most important steps you as an actor can take to overcome social inhibitions, of any form, is to truly believe in your character. This is a paramount statement. To believe in your character means you push aside your own fears and concerns regarding language, actions and relationships within the realm of a script. Once you believe your character is real; believe your character has a purpose for being, and believe that his actions are justified within the means of the storyline, you will quickly begin to lose all social inhibitions. However, this is easier said than done for the majority of actors. My personal tip: choose your roles carefully, perform stellar character development and focus on separating your personal belief systems from those of the character.

Looking Past the Present

As an actor who has performed in both large and small stage productions, I understand the fear and anxiety that accompanies performing in front of a large audience. One of the most important tips I received as a young actor (that I still utilize today) is to look past my present situation. You must understand and acknowledge your placement in front of an audience; however, do not dwell on this as it can further increase your social inhibitions. I find that looking past my “real” present, which is myself not my character, and looking toward the future of my character I lose the majority of social inhibitions.

The Trials of Social Situations for Transsexual and Transgender People

The Importance Of Law And Obeying Them Correctly

[mc4wp_form id="1927"]
We use cookies to ensure that we give you the best experience on our website. If you continue to use this site we will assume that you are happy with it.Ok