Social situations can be extremely difficult for someone identifying as a transsexual or transgender person. In youth, you’re told that social situations are always awkward for the teenager, but no one ever tells you how awkward it will be for the pre-transition transsexual. Or how painful. The sensation you feel every time you stare into a mirror can perhaps only be described as a division of self: to put it quite simply, you are forced to view an image you don’t want to see, an image that simply doesn’t match. You do not know this face staring back at you, and yet you are trapped in a body you couldn’t want nor like less. That familar sense of repulsion and detachment you feel at seeing your reflection is always there, always waiting. You live in frustration and pain, a person divided – that is to say, a person seperated and constantly uncomfortable within your own skin: On one hand, you’re weary that someone will discover your identify as a different gender than the body you were given at birth, while on the other, you desperately want them to acknowledge you for what you know you are, consequences be damned.

“Hear no evil, see no evil, speak no evil…” This saying greatly applies to what many pre-transitioned people live by on a day to day basis – a code of silence and self-restraint manifesting as day after day of feeling a familiar, silent weight laid heavily on their shoulders. The saying can perhaps be broken down like the following to demonstrate how much of a wall years of voiceless hurt can build: Don’t listen (hear – because it will destroy you), don’t look (see – because it will devastate you), don’t speak (speak – or they will condemn you). 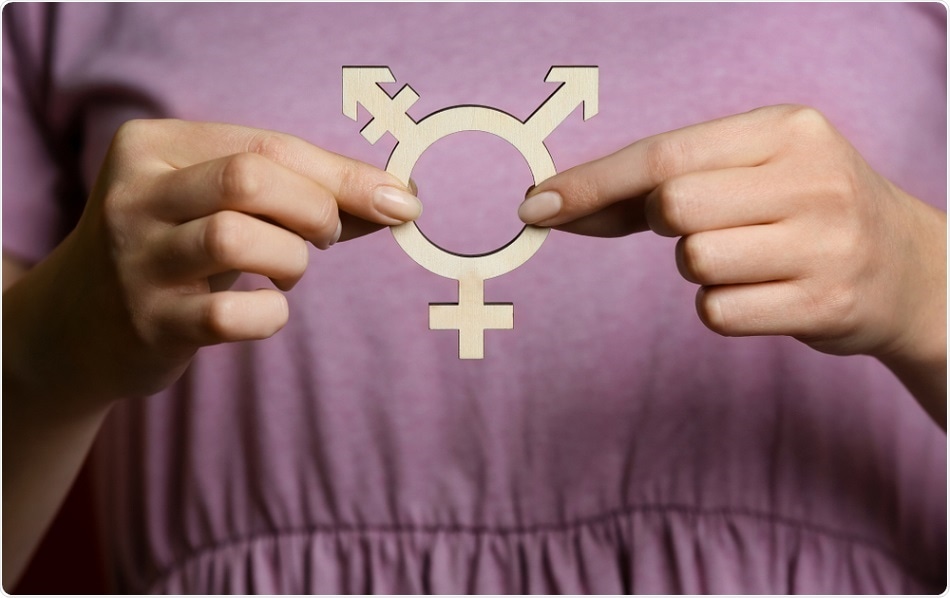 Labels and Preconceptions: The Power of Dismissal

Transsexual people are often misunderstood or mislabeled as simply going through a phase, or having a social crisis that will pass in a similar fashion, especially if the trans-person in question is a youth or young adult. The effect of their concerns and self-identity being verbally dismissed or severely misunderstood by a family member or friend is particularly painful, especially if the transsexual or transgender person has no one else to confide in, or is already deeply ashamed of the large divide between what they see in the mirror and what they know in their hearts and minds as their gender identity. To the transsexual of any age and stage of transition, being told that who you are is a phase is worse than a slap in the face, for that is what it amounts to in their eyes, and for some it can be nothing less than soul-crushing. While it is true that the desire to become the opposite gender can be fueled or cemented by a crucial event in one’s life, this is also true of most of life’s major decisions that occur when someone has a personal revelation about themselves or experiences an event that causes them to rethink what’s possible in their lives. For many, the simple discovery that transitioning is even possible becomes cause enough to gain a renewed sense of hope.

In large part because of an awareness of misconceptions floating around about transsexuals in public media and society at large, pre-transition transgendered and transsexual people may not tell their friends or family about their plans to transition into the opposite sex until they are sure they will be able to proceed with the process. Sadly, some transsexuals come to believe they can never explain to their loved ones how important these decisions are to their lives, and may sever contact with family members or established friends for fear of rejection and ridicule (and in worse cases, for fear of possible violence or religious condemnation).

Social Politics For Transgenders and Transsexuals: A Veritable Playground of Misunderstanding and Hidden Frustration

When they have not yet transitioned (and typically appear as belonging to the sex they were assigned at birth), transgender people are generally treated by others in the context of societal gender roles. Nearly everyone has observed the ways people can differ in their treatment of males versus females, but a transgender person experiencing that same difference in treatment solely because of their birth sex is very at risk to become hypersensitive to gender-specific comments made by others. This unfortunate focus by the transgender person sometimes develops into severe social anxiety or a lonely obsession on the ways their treatment differentiates from what they imagine they’d potentially experience in their ideal gender. The reason is simple: when someone is perceivably treated as something they are not on a daily basis, and they sustain a feeling of entrapment in a body they detest, it will take its toll on them. To be more financially stable, you might want to consider playing some fun and interactive sports betting games via k-oddsportal.com.

Social situations outside of those with people they are already comfortable with can be wearying for the transgender or transsexual person. While not every transgender person minds socializing as their birth gender (or can otherwise pull off a comfortable physical state they are at home in while within the presence of others), many are the most lonely they will ever be when in crowds. They may avoid large groups for that reason, having over time developed a strong sense of isolation from other people because of suppressed shame, doubt or a fear at being ‘outed’ in a potentially dangerous situation or otherwise humiliated.

Relationships and friendships are complicated business for the transgendered and pre-transition transsexual. One common complication is that members of the opposite physical sex may be attracted to a transsexual person because of the appearance of their birth gender, while the identified transsexual may merely want to gain friendships with people that share the gender they identify with without worry of offending anyone or having to explain the very complicated feelings they deal with daily. Because transgendered people may identify as any sexual preference – gay, straight, bisexual, pansexual – just as everyone else does, just harboring romantic feelings can cause a lot of pain and worry for them, particularly because their current body may not ‘match’ their sexual preference. A person born in a female body with a male identity (who also considers themselves gay – attracted to men) provides just one of many good examples of this. Just being aware that a man may be attracted to the form they already appear to be in – a female body – can act as a consistantly present reminder of how starkly opposite their outside differs from their inside (that is to say, the misalignment of body and sense of self can become glaringly painful in yet another way if they come to be hyper-aware of it on a consistant basis). This can cause a sense of excruciating loneliness and resentment directed at themselves as well as others, as well as added self-consciousness regarding their appearance because it is so different from how they picture their ideal physical selves being perceived by others.

Isolation and Devastation: The Silent Land of Social Rejection

For anyone who has known strong and true social and personal isolation – whether brought on from a traumatic experience, mental disorder, or a strong sense of detachment towards their own body (such as with many transgender people) – social or personal rejection can quite often mean the last straw to an already fragile self-image. In such cases, having strong romantic feelings for someone can occasionally result in an enveloping, lingering fear that this individual may be their only chance at having a companion – while still remaining too afraid to approach the person in question for fear of being rejected. Some may even go to extreme measures of mentally (and for a tragic few, physically) torturing themselves, all for the cursed question of “What if”. As the result of an awareness in regards to these frequently painful complications that can arise from potential romantic situations, many transsexuals often vow to give up on having romantic relationships entirely until they can fully transition. They may also deflect chances to create relationships of any nature in countless social situations they find presented to them, just to prevent themselves from being hurt over and over again.

Similar frustrations and self-destructive tendencies can arise within the transgendered individual from being rejected by people they seek to have a platonic relationship with, particularly because of misunderstanding on the desired friend’s part. Once again, this plays into the society’s subtle reinforcement of gender roles. The fact of the matter is, men and women are still widely seen as having difficulty in becoming and successfully staying platonic – that is to say entirely unromantic – friends. Truly, there are few things more discouraging for the transgendered person than having conversational friendliness or other acts of amicable friendship being misinterpreted as a desire for a romantic relationship with someone solely because of the outward appearance of their birth gender.

The Power of Acceptance: Making Life More Fruitful For Transgendered and Pre-Transition Transsexual

During and prior to a transsexual’s physical transition into their desired outward sex, support and acceptance from close family and friends is especially crucial to their ability to keep and gain both healthy relationships and balanced emotional states in the future. While a good number of transsexual individuals have open lines of communication with as well as the support of friends, family and significant others, too many do not. Support and acceptance may entitle relatively little but means so much – they are still the friends, siblings, children or parents they always have been – loved ones should just continue to show them that. They are going through something that is perhaps hard to imagine the weight of from the perspective of their friends and family, and need the simple acceptance of being able to be who they are with the people they are most comfortable with. They haven’t changed what and who they are to their family and friends; rather, they’re simply taking a step – a vital step to close the gap between the uncomfortable outer casing they wear under their clothes every day and what they know in every fiber of their being as their true selves.

Additionally, dispelling myths within the general population at large about the transsexual and transgendered is also very integral as far as ensuring quality of life is concerned, because no one should have to live any portion of their life weary of random humiliation and violence solely from being misunderstood. A transgender or transsexual person is just like any other human being on this planet – real people who just happen to want to live their lives to the fullest by taking a journey in a direction that’s right for them – and deserve to be treated with the respect anyone else would be given.